The Muse brothers had an incredible career. The story of the two black albino brothers from Roanoke, Virginia is unique even in the bizarre world of freaks and sideshow. They were initially exploited and then later hailed for their unintentional role in civil rights.

Born in the 1890’s the pair were scouted by sideshow agents and kidnapped in 1899 by bounty hunters working in the employ of an unknown sideshow promoter. Black albinos, being extremely rare, would have been an extremely lucrative attraction. They were falsely told that their mother was dead, and that they would never be returning home.

The brothers began to tour. To accentuate their already unusual appearance, their handler had the brothers grow out their hair into long white dreadlocks. In 1922 showman Al G. Barnes began showcasing the brothers in his circus as White Ecuadorian cannibals Eko and Iko. When that gimmick failed to attract crowds the brothers were rechristened the ‘Sheep-Headed Men’ and later, in 1923, the ‘Ambassadors from Mars’.

As the ‘Men from Mars’ the two traveled extensively with the Barnes circus. Unfortunately, while they were being fed, housed and trained in playing the mandolin, they were not being paid.

In the mid 1920’s the Muse brothers toured with Ringling Bros. and Barnum & Bailey Circus. In 1927, while visiting their hometown, their mother finally tracked them down. She fought to free her sons, some 20 years after their disappearance. She threatened to sue and the Muse brothers were freed.

The brothers filed a lawsuit for the wages they earned but were never paid. They initially demanded a lump-sum payment of 100,000. However, as time passed the Muse brothers missed the crowds, the attention and the opportunities sideshow provided. Their lawyer got them a smaller lump-sum payment and a substantial contract with a flat monthly wage. The pair returned to show business in 1928.

During their first season back they played Madison Square Garden and drew over 10,000 spectators during each of their performances. They made spectacular money as their new contract allowed them to sell their own merchandise and keep all the profits for themselves. In the 1930’s they toured Europe, Asia and Australia. They performed for royals and dignitaries including the Queen of England. In 1937 they returned to Ringling Bros. and Barnum & Bailey Circus for several years and finally ended their career in 1961 with the Clyde Beatty Circus.

The brothers returned to their hometown and lived together in a house they originally purchased for their mother. Neither brother married, though they were well known for their many extravagant courtships.

George Muse died in 1971 and many expected Willie to quickly follow his brother. Those people were wrong as Willie continued to play his mandolin and enjoy the company friends and family until his death on Good Friday of 2001. 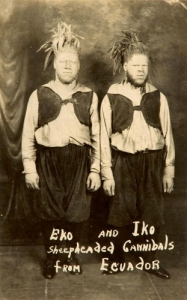 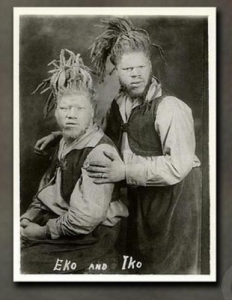 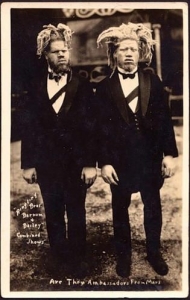 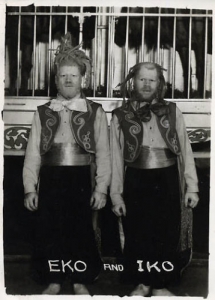 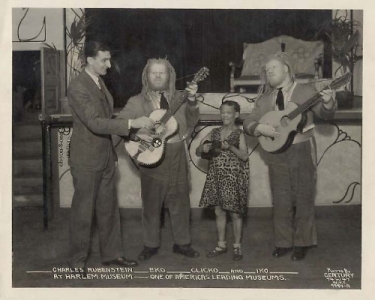 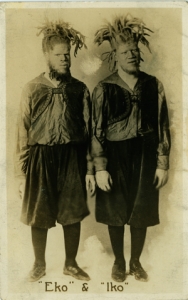