Giacomo and Giovanni Batista Tocci are something of a strange enigma. Despite being enormously popular with both the public and the medical community during their career, little is actually know about the joined siblings. Furthermore, what is known is often confused and contradicted by various sources.

What is certain is that the brothers were born in Locana, Italy. However sources cannot agree on the date of their birth. It is safe to assume that the boys were born in early October, with the fourth being the general consensus, in 1877. Their mother was only 19 at the time of their birth, her first child (children) but the boys were tiny and the birth was apparently an easy one. Reports indicate that the Tocci family welcomed a total of nine children, all average but the twins.

The only other thing certain about the brothers is that they were dicephalus twins joined at the sixth rib. Their abdomen consisted of separate hearts and organs and each of the brothers had two functional arms. However the two were as one below the point of fusion and shared intestines, a pair of legs and one set of genitalia.

The brothers had great difficulty walking. Each brother controlled one leg and many believe they lacked the co-ordination required to walk. Again, some believe that this was not the reason for their difficulty as subsequent dicephalus twins have mastered bipedal walking. Giacomo had a clubfoot and many attribute this to their lack of mobility. Regardless of the reason, instead of walking the brothers used their arms for locomotion. Their mode of transport was once described as ‘spider-like’.

From birth the brothers were exhibited around Europe, with their father as manager, which eventually led to a very influential tour of the United States in 1891. During their visit, author Mark Twain was so inspired by their appearance that he used them as the basis for his short story ‘Those Extraordinary Twins’. It was also in the United States that the brother adopted their most famous moniker, ‘The Blended Brothers’. In 1892 the twins performed in New York and in a bit of showmanship their billing claimed that one boy spoke only German and the other only French. For the performance, which was preceded that evening by Jo-Jo ‘The Dog-Faced Boy’, they obliged.

Throughout their life, the twins were the subject of intense medical examination. Their first complete exam was performed one month after their birth. They first appeared in medical literature, Lyon Medical Magazine, following an 1878 examination in Paris. While touring Vienna in 1881 they were touted by the medical community as ‘The Greatest Wonder in the World’. The twins were subject to illustration and photography, including a nude set.

The intelligence of the boys continues to be the subject of much debate as many articles refer to Giacomo being ‘somewhat idiotic’ when compared to his brother. However, those observations were made during infancy and later reports make no mention of any discernable intellectual deficiency. In fact, later reports hail Giacomo as being the more artistically creative of the two.

In 1897, at the age of 20, the boys decided to retire. Together, they had made a great fortune for themselves and their family. During their peak, they made more that $1000 a week. But the boys never really cared for the fame thrust upon them. They purchased a high walled villa near Venice. In 1904 they appeared in the media and caused a great controversy by getting married to two separate women. The knowledge of their shared genitalia was public knowledge and their wives were labeled as vulgar.

The brothers retreated further into seclusion for the remainder of their lives. At times, rumors of their death circulated. The exact date of their death is still unknown but one source states that the brothers died childless in 1940, at the age of sixty-three. 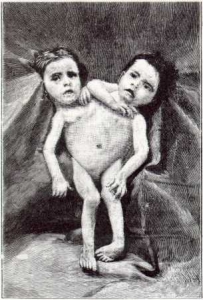 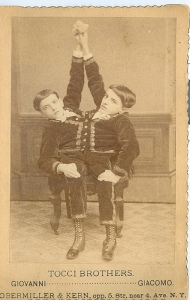 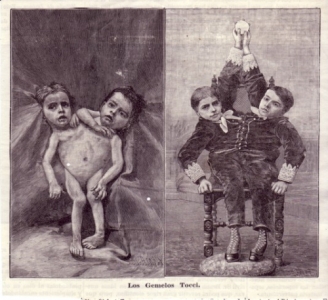 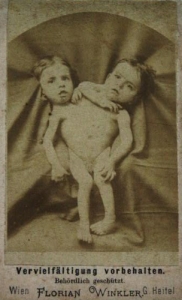 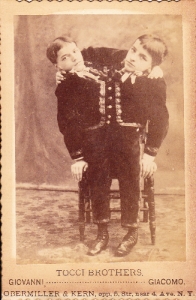 The sixteenth- and seventeenth-century must have been a simply enchanting time as fairy-tales seemed to spring into reality and the shelves of cabinets of curiosities overflowed with unusual items. The old stories of wee folk, giants and misshapen monsters seemed to be confirmed reality and in 1556 it seemed as though werewolves were also a…