What would you do for love?

In her time, Jean Carroll was a popular bearded lady. More importantly, Carroll was the real deal. Born in 1910 in Schenectady, New York Jean Carroll possessed the genuine foundation of a fine silken beard at the age of ten, when she joined the Hagenbeck-Wallace Circus. As she aged, that foundation of follicles flourished and soon provided Carroll with a stable career in carnival exhibition.

As a young lady Carroll met a charming young Ohio man and quickly fell in love. The object of her affection was John Carson. Carson was a charming and handsome man. He was a contortionist and sideshow talker and he was actually quite taken by the sweet-hearted bearded girl. He was certainly attracted to Carroll but the beard was simply too much for him to overcome. While he continued to be friendly with Carroll, he pushed aside any romantic aspirations and focused on friendship.

For fifteen years the two saw each other almost daily. As Carson got to know Carroll for the woman she was, behind the whiskers, he fell deeply in love with her. Carroll saw that love in him and it pained her. She knew he would never be able to accept the beard and she, in turn, could not give up her source of livelihood and her home in the carnival. As she cried one night, sword swallower Alec Linton suggested a painful solution.

“Shave the beard and become a tattooed woman.”

Soon, the beard was gone and in its place were over 700 intricate designs by famed tattooist Charlie Wagner. The pain involved in the process was likely excruciating but the investment was wise. John Carson was completely smitten, apparently having no problems with illustration over facial hair, and the two wed almost immediately following the ‘close shave’.

They remained with the carnival. John continued on in his old job as a charming sideshow talker and Jean Carroll exhibited her new tattoos quite thoroughly, as a burlesque dancer.

The two remained inseparable until John’s passing in 1951. 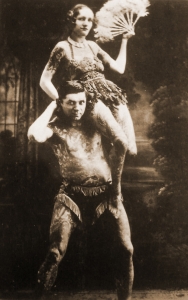 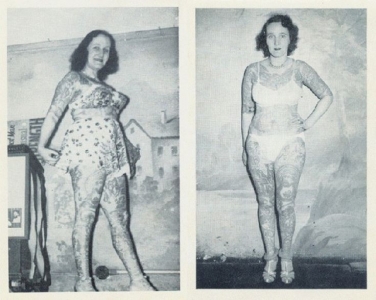 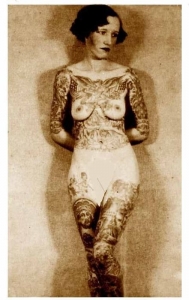 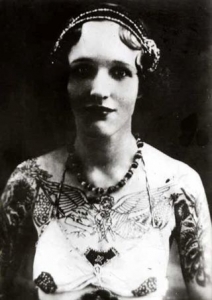 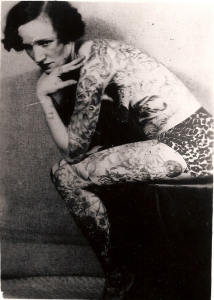 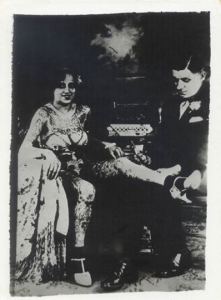 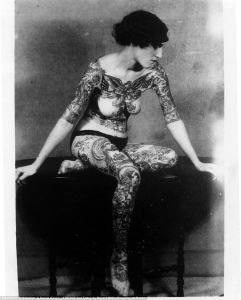 In typical sideshow fashion, the Wild Men of Borneo were pure gimmick. The Davis Brothers, Hiram and Barney, were not from Borneo at all. Hiram was born in 1825 in England and Barney in 1827 in New York. The dynamic duo were dwarves, each standing only three and a half feet tall. The brothers began…